Being a Black ex-pat.

My lived experience is affected by being born in Barbados, a former international flight attendant, and living in London, Germany, and Singapore as an ex-pat. I am accustomed to being exposed to different cultures and being in spaces with people who do not look like me. Being a Black ex-pat is a similar experience as most ex-pats tend to have less melanin. Here are a few of my experiences that you might find interesting.

As a Black ex-pat, nationality has at times played an even more significant role than race. Having an American passport has occasionally lessened the impact of my skin color. Additionally, the perception of me being an ex-pat gives the assumption of a certain socio-economic status. This notion seems to provide an added benefit my skin color does not always allow.

Most foreigners view black culture through what they see in media, pop culture, and their local prejudices. It’s not uncommon for someone to strategically take a picture with me in the frame. I am now not even fazed when asked to take a picture with someone. This request is much more acceptable to me than being staged in someone’s photo without consent.

Microaggression is always present. It’s a constant reality navigating other people’s perception of the black lived experience. As an educated black woman with a doctorate, I refuse to be the racial educator. It can be exhausting to explain racism when tone-deaf comments tend to be frequent occurrences.

I’m comfortable with being the only black person in the room. People often express to me their love for a famous black person. I often refer to this as the “Obama” effect. I see these expressions as people’s way of affirming their acceptance of me occupying the space I’m inhabiting and making me feel comfortable.

As a Black ex-pat, I have become familiar with being stared at. I tend to see the stares as a curiosity that lessens the discomfort I may feel. However, I have had to aggressively stare back in some instances to make people realize that I am not a museum piece.

Whether as a Black ex-pat or a frequent traveler, have you had any similar experiences? I’d like to know. 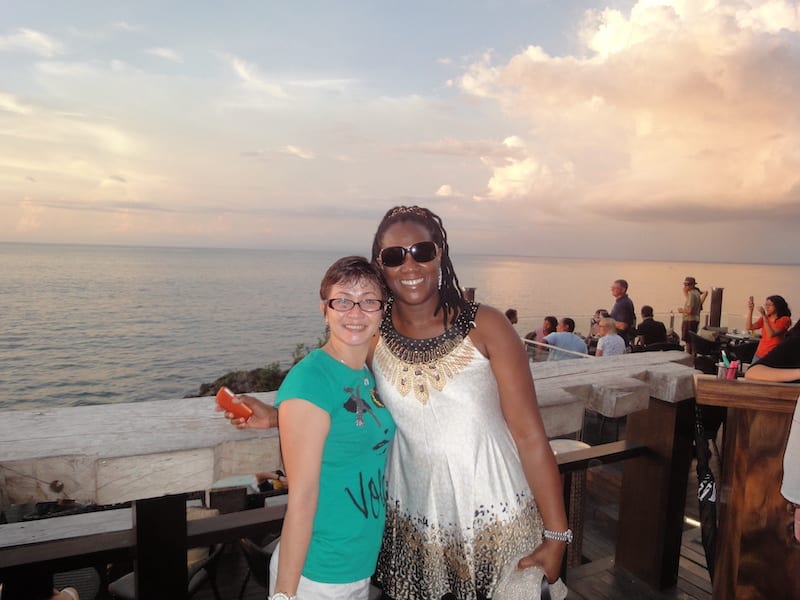